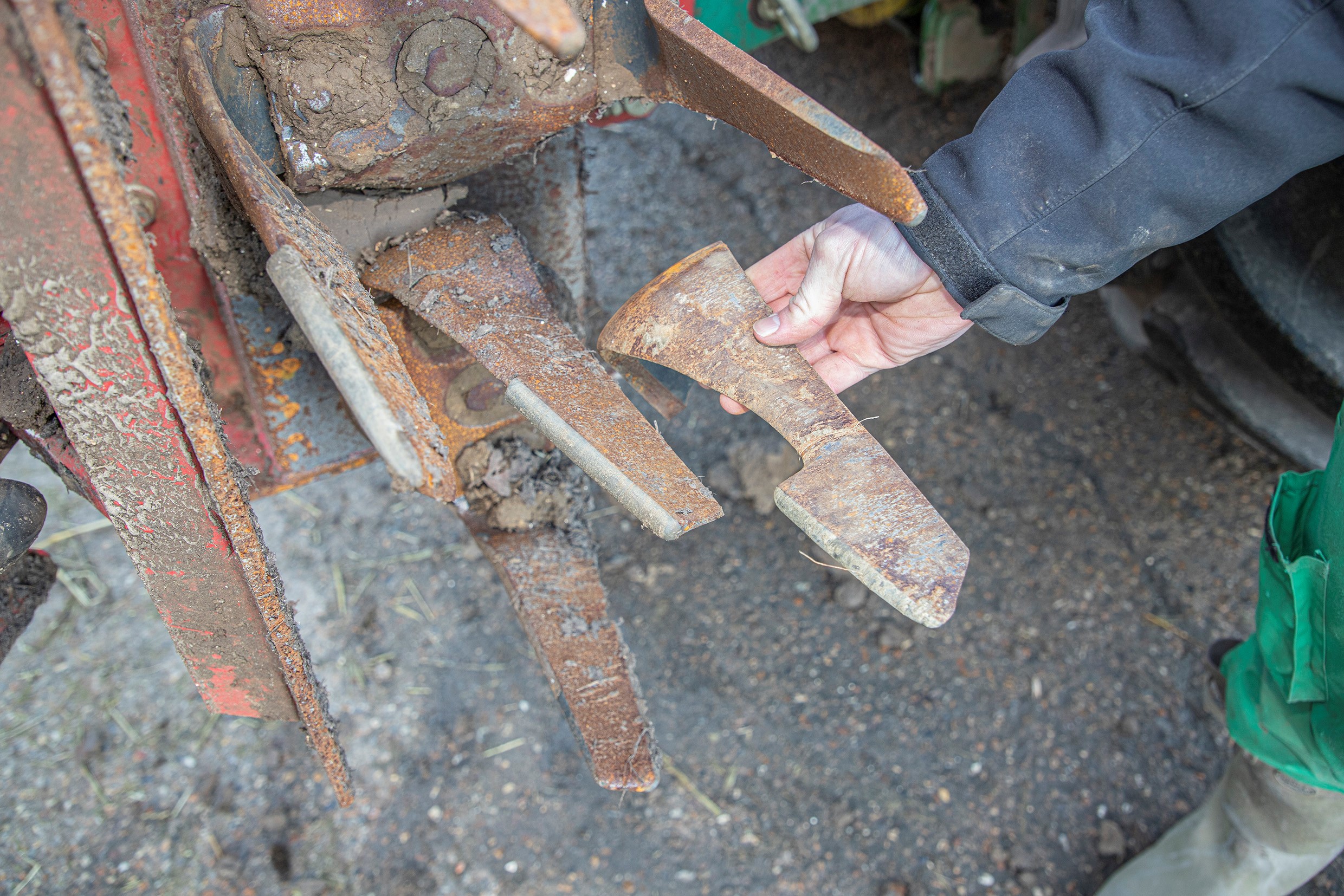 “I really do dislike downtime,” explains Daniel Cole based at Lodge Farm, Winfarthing, with his dad Eric and brother Ben.

“And given the abrasive nature of our soils, it’s very easy to waste an enormous amount of time changing worn metal.” Until recently, that downtime amounted to two hours every time the power harrow tines needed replacing. Though Daniel confesses to swapping from original metal to non-original tungsten for longevity, but it was his local dealer Tuckwells who proactively floated the idea of Kverneland XHD parts.

“I have to say that I’m very impressed with XHD,” he says. “XHD tines last 10 times that of original power harrow tines, and also far longer than non-original tungsten items. And this saves me a lot of downtime.” He says that an additional advantage is the wrap-around format of the Kverneland tungsten tile. “This feature maintains the length of the tine for much longer, so the power harrow does a better job over many more acres,” he says.

“The tines no longer get shorter, which keeps the gearbox trough and the tine holders out of the soil.” The farm favours min-till, but Daniel adds that there’s not a season that goes by when the plough and power harrow are not used. “We also have an LO 100 six-furrow reversible, and I’ve also fitted the plough with XHD metal for the point, wing and shin,” he says.

“Where we’d be lucky to get up to 50 acres from a set of bolt-on reversible points in hard, sandy soils, the LO has now done close to 2,000 acres on the same XHD points. These parts have made ploughing much more attractive as a viable form of weed control on our soils.”

The new XHD CARBIDE parts are your perfect weapon against highly abrasive soil.